It’s happening now, at the MRA building on York Way. A representative from Watford Community Housing will be there from 12:00 to hopefully answer your questions. We know it’s short notice, but we’ve managed to get WCH’s project manager to clear his schedule to be there. We will have further announcements on this later today, so do keep looking in.

In the meantime, go along to the hub, have a look at the plans and ask questions.

On Monday, we contacted WCH about the breakdowns that had been extant since the weekend (0ne lift in each building) and also asked a number of questions. At the time of writing, none of the questions had been answered and we are aware that at this moment, both lifts in Abbey View are now out of order (we are waiting for confirmation of the status of the cars in Munden View).

Lifts at Abbey and Munden View

We are aware that the lifts at Abbey and Munden View have been experiencing technical difficulties over the last few days, resulting in lift breakdowns. We’re really sorry for any inconvenience this has caused and are working hard to resolve these issues. Senior engineers from our lifts contractor, Temple Lifts, will be on site shortly, as well as members of our staff.

If you have any specific concerns or requirements, please get in contact on 0800 2182247 and we will do our best to help.

The MRA are doing what we can do keep the pressure on the Trust; all four lifts were fully refurbished within the last year and as far as we are concerned, should not be subject to such catastrophic failure. We are aware of an eyewitness report that someone from Temple Lifts was seen leaving site yesterday at approximately 4.15pm. sat in his van for a short time on the phone and drinking, then drove off. The lack of meaningful communication from the newly renamed “Watford Community Housing” is shameful.

If you, or anyone you know is affected by this breakdown, please can they make their specific situation know to WCH on the number above, or contact us and we’ll collate the complaints and send them all with our concerns.

Mazie Gibson, Chair of the Gateway Membership Team, tabled a motion that the proposed vote for the controversial rule changes relating to the National Housing Federation standard of 2015, be struck out of the Agenda.

Members voted almost unanimously to carry the motion forcing a Special General Meeting to be arranged before which time Watford Community Housing will arrange for all members to be given the chance to be advised on each proposed rule change so that they can fully understand the impact of each change.

Tina Barnard, Chief Executive of WCH, also gave a personal guarantee that every voting form for the SGM would be hand delivered by staff from WCH rather than relying on Royal Mail. This was due to complaints throughout the evening that not every member had received the correct paperwork for the AGM and in some cases, members had not received the paperwork at all.

Meriden Residents Association have been working hard over the last few weeks to advise and inform our members of the potential impact of the rule changes and the importance of their vote at the AGM. 49 proxy forms were received by WCH and 20 of these were collected by the MRA representative over two evenings last week so this is a real victory for the MRA and its members.

Please look out for details of the Special General Meeting, as we will still need our members to vote on the rule changes to ensure a positive outcome for all tenants and leaseholders.

We’re going to be present at the fun day, with activities for the children, a raffle with some absolutely fantastic prizes for everybody and the chance for you to meet some of the team from your residents association. Have a chat, learn more about what we do and maybe you’d like to become involved? We’re always looking for new people to join the team and would particularly welcome some input from younger members of the community. (Our youngest member is 46, so if you live on the Meriden, are aged between 16 and 45 and can spare a few hours a month, please don’t hesitate!) 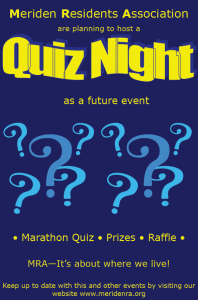 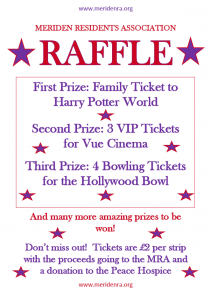 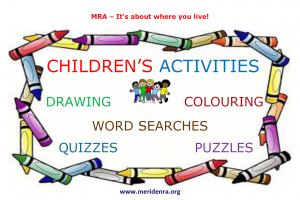 In case you’ve not seen it, here’s the piece in the Watford Observer today.

Once again, if you are a Trust member and can get to the AGM on the 11th, please do.

We received a reply from Tina Barnard, WCHT in the post this morning, which is reproduced here. 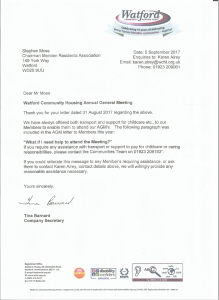 Whilst we accept that the Trust do mention assistance with transport, we feel that it could have been much  clearer. We are also concerned that potentially a lot of money could be spent on cabs to get people to/from the Meriden when it may be more cost effective and certainly more environmentally friendly to lay on a dedicated bus service. Steve Moss, Chair of the MRA, responded as follows: 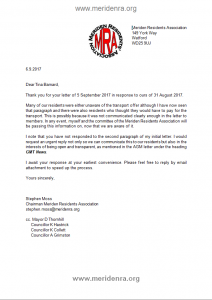 Whilst the deadline for acceptance of proxy votes to be lodged with the Trust passed at 5.00pm today, we are still committed to raising awareness of the AGM and ensuring as many of the residents as possible are aware of it and the importance of taking part. If you need any background information, please see our previous postings. If you only vote once this year, please make it the AGM.

It’s about where we live.

Transport to and from the Trust for the AGM 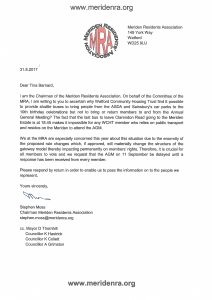 This has been hand delivered to the WCHT today. The MRA are concerned that the Trust seem to be able to provide free shuttle buses from Asda/Sainsbury’s for the 10th anniversary event, yet have not considered the slightly more important matter of their tenants being able to vote at the AGM on the 11th. The last bus into town from the Meriden leaves at 5.35pm and the last one back leaves Clarendon Road 6.42pm, which is far too early for anyone intending to go to the AGM and fully participate. For reference, the 2016 AGM went on past 9.00pm.

Why is the attending the AGM so important?

The Trust are trying to change and ultimately limit the way in which they are governed – at the moment the power lies with the tenants, if the proposed rule changes go through on the 11th, that power will be severely limited and we feel will eventually be withdrawn in its entirety. If you want to stop this, you need to be a member of the Trust and either attend on the 11th or give your proxy vote to someone who can. Proxy votes need to lodged with the Trust by 6th September. The MRA have arranged a collection point in Abbey View, you can drop your completed forms off between 5.30 & 7.00 pm today or tomorrow between 5.00 & 6.00 pm. We’ll deliver them to the Trust on Wednesday.

We’re hearing from quite a few people who have previously voted in AGM’s that they’ve not received their papers this year. If this applies to you, please get on to the Trust on Monday morning so that the papers can be sent to you urgently.

Remember, they are looking to change the way we make decisions about how and where we live. You can’t have a say unless you’re registered to vote!

The collection times for your proxy votes if you cannot attend the AGM are confirmed as follows;

For details on why this is so important, see our previous posts from the 11th August and the 31st August.

Please note that all proxy votes must be with the Trust by the 6th September, we’ll be ensuring all completed forms left with us are delivered on the day.

This isn’t about national or local politics, it’s about where we live!