We recently wrote about WCHT’s proposed adoption of the National Housing Federation’s 2015 Model for the operation of Trusts. The information contained in the post was taken from the Trust’s own website. We’ve now been made aware of a posting by the Trust on another site in response to some concerns about the proposals which we reproduce here:

As we noted in our previous points on the subject, the Trust tried to push a similar motion through last year but had to withdraw it because of pressure from the GMT and residents. Some points to note:

If the NHF’s rules are adopted at the AGM, it will give the Trust far more autonomy which by default means less accountability to its members – basically they’ll be able to do what they want without consultation – this will affect every one of us no matter which part of the Trust’s estate we live on.

The MRA cannot stress the importance of making your voice heard enough, it is vital for the future of the community in Watford that the Trust are not able to make decisions that affect us all without having to seek our agreement first.

What Are the MRA doing?

In addition to our first posting on the subject, we’ve been doing our best to make residents aware of the issue and urging them to vote or appoint a proxy. Over the next few days we’ll be increasing the publicity and will have collection points for people to bring their forms to – dates and times of the collections will be announced shortly, so please check back. Of course, it’s better if you can attend the AGM in person but we’ll be happy to pass your forms on at the time.

What Can I Do?

Join the Trust if you’re not already a member – the more members they have, the harder it’ll be for them to push through changes without proper consultation

If you’re already a member, make sure your voice is heard – either go to the AGM on the 11th or take your proxy to one of the collection points once they are announced – we’ll ensure they get to the Trust in time for the 6th

Tell your friends and neighbours about this – as we said before, it’s not about national or local politics – it’s about how and where we live!

The Council have posted notice of their intention to introduce one of these in order to prevent obstructive parking. Some residents have received the document below which gives details of the intended change and also includes a plan to show the exact location.

The formal objection period began on the 11th August and ends on the 31st. All comments and objections need to be with the Council by midnight on the 1st September 2017. 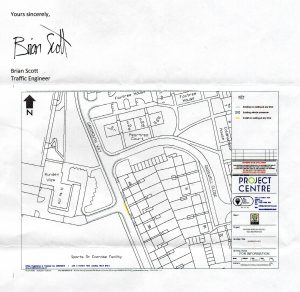 The time for the coach to depart to the fabulous Milestones Living History Museum. It leaves the Meriden at 10:00 on Wednesday morning and there are a few places left – so get yours reserved now! Miss it, miss out!

It’s now less than a week until the MRA’s excursion. The Museum is all under cover, so the weather won’t spoil your day. More details and booking arrangements here. But hurry, there are only 11 places left!

The weather this summer has been less than fantastic, hasn’t it? The MRA have a coach trip organised to visit Milestones on the 23rd. Full details here – as of today, 12th August, there are only 11 places left. See here for further information and to secure your places – it’s one event the weather can’t ruin!

Are you a member of WCHT? Read on….

Did you know of the existence of the Gateway Membership Team? Here’s what they do:

A message from your Gateway Membership Team

“We have been elected by you, our fellow residents, to act as your voice at Watford Community Housing Trust, pass on your views and work alongside staff and residents to ensure the Trust’s services benefit our communities.

We’d really like to hear from you to help us act effectively on your behalf. If there is an issue you need us to look into for you or advise you on, feel free to contact us on gmt@wcht.org.uk. We’d also like to hear your thoughts on how you feel the daily processes at the Trust can be improved so please let us know so that we can help the Trust with this. We are not able to look into individual complaints so please raise those with the Trust by emailing feedback@wcht.org.uk or by calling the Trust on 0800 218 2247.

We look forward to working with you.”

The Trust has an elected Gateway Membership Team, made up of nine tenants and residents (plus up to three co-optees), to ensure that our communities have a strong voice within the Trust and direct access to our Board of Management.

The next AGM takes place on 11 September 2017 and one of the items on the agenda will be as follows:

At our Annual General Meeting on 11th September 2017 members will be invited to vote on the adoption of the NHF Model Rules, in place of the existing Rules governing how we are run.

The full document on the rule changes can be found here, and the draft rulebook can be downloaded here. A look inside the National Housing Federation’s model about tenant boards shows us this:

2.5 At the moment, Watford Community Housing invites all tenants to become
members of the organisation. Members may attend general meetings, vote on
decisions to be made at general meetings (for example, changes to its Rules) and
elect representatives to the Gateway Committee. This is called the ‘Community
Gateway Model’.

2.6 We understand that Watford Community Housing wishes to engage with its
residents in the most effective way possible. Many tenants who are members
choose not to exercise their membership rights by not attending or voting at
general meetings. The table below sets out the number of members with
attendance figures for the last 5 years:

2.7 If the new Rules are approved by the members, Watford Community Housing will
therefore get in touch with all members to ask them to confirm that they still wish
to be a member.

2.8 If a member does not reply to the notice within 28 days they will no longer be a
member. In addition, if a member fails to attend (in person or by proxy) two
consecutive general meetings they will also cease to be a member. This will not
affect their status as a tenant of Watford Community Housing or the rights that
they have as a tenant. This will ensure that only tenants who wish to be engaged as
members of Watford Community Housing continue to do so, in line with the
ethos of the community gateway model. It will also increase the influence of those
engaged tenants, because they will be part of a smaller body of members.

2.9 Watford Community Housing will also adopt a policy for the admission of new
members, so that new tenants will only be offered membership if they wish to be
actively engaged with the organisation (rather than automatically being offered
membership as they are now).

2.10 Watford Community Housing currently has an ‘associate member’ category of
membership (with no voting rights), which includes community stakeholders. The
proposed new Rules remove this category of membership, and we understand that
Watford Community Housing will continue to engage with associate members and
the wider community through its Communities Strategy (see above).

2.11 Watford Community Housing’s current Rules set out the minimum number of
members that must be present at a general meeting for any vote at the meeting to
be valid (called a ‘quorum’). At the moment this is:

• 25 members if Watford Community Housing has fewer than 1000 members in
total; or

• 50 members if Watford Community Housing has more than 1000 members.

2.12 To reflect the new membership structure (and the 2015 Model Rules) the
proposed new Rules change the way in which the quorum is calculated, so that at
least one tenth of members must be present at a meeting, subject to a maximum of
25 members and a minimum of 5 members. This will help Watford Community
Housing to achieve flexible decision-making.

You may be interested to know that the board tried to push this through last year, but the GMT felt that there had not been enough notice or consultation with the members and the board were forced to withdraw the proposal.

What can I do?

As someone entitled to be a member of the Trust, join up (if you haven’t already) and go along to the AGM on the 11th of September or give your proxy vote to someone who is going if you cannot attend. This isn’t about national or local politics; it’s about where you live.

We’ve added more dates to our events diary, made it easier to contact us and included more information about the committee.