Supermarket chains have revealed new rules and opening times for shoppers across the country. All supermarkets reduced their opening hours when the Coronavirus lock-down was introduced last month. 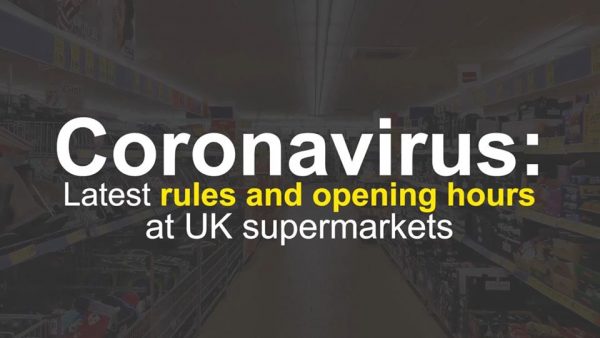 Aldi opening hours have now been extended until 10pm at almost all stores.

Tesco has introduced a one-way system for customers.

Lidl has also lifted restrictions, and told customers when the best times are to shop at their stores. 8am to 11am is the busiest time, 11am until 2pm is average, and from 2pm until closing time is the quietest part of the day. The chain added that this will vary between stores.