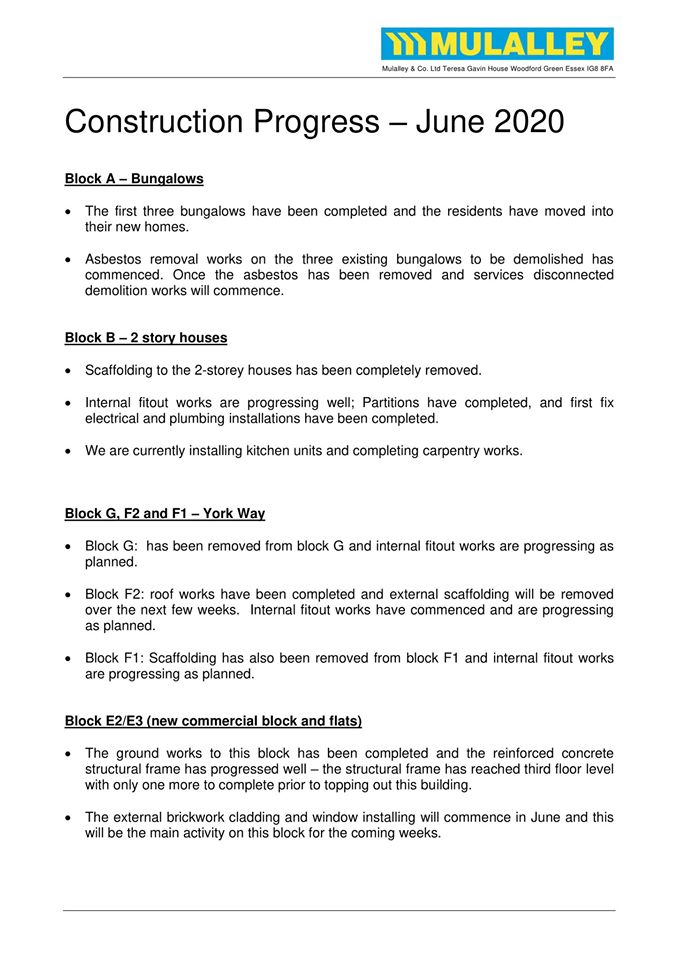 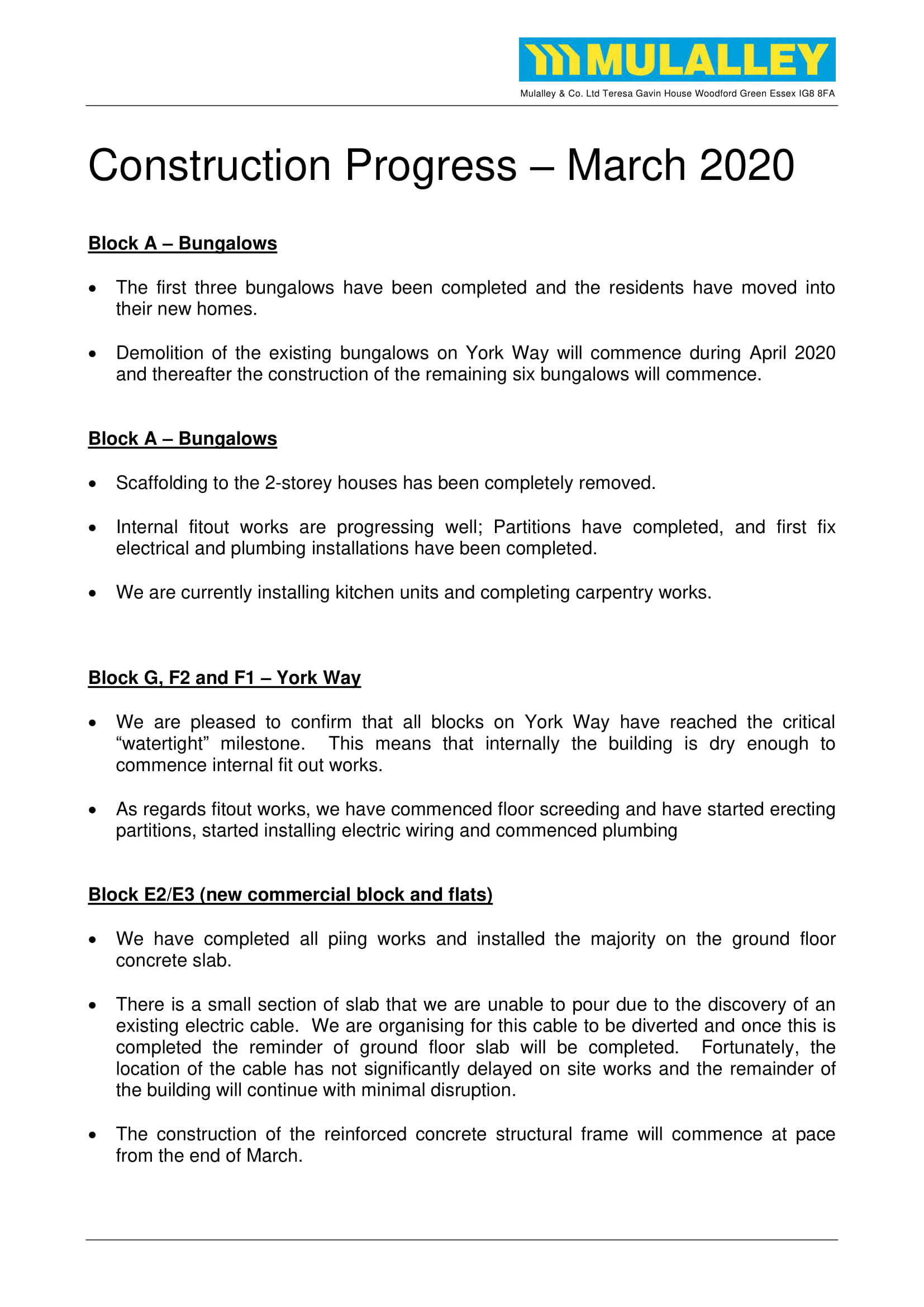 Major drainage works have commenced at the junction of Meriden Way and York Way.
These works will take approximately 10-15 weeks.
During these works temporary traffic lights will be installed for the safety of both the public and contractors.
During the works the existing Coldharbour House car park will be closed to public use.

The works will start in early October and take approximately three weeks.

Boreholes will be installed in the ground on the green and on Meriden Way for long term monitoring before the construction of the new extra care facility.

The exact start date is still to be confirmed by Virgin Media but the works should be completed during September.

Watford Community Housing will give Mulalley possesion of Work Area 2.

Existing bungalows in York Way and No. 1 The Turnstones to be demolished. Construction of six new bungalows (A4-A9) in York Way.

Foundation works for apartment blocks F1 and F2, adjacent to Foxtree Court and Maple Court to commence at the beginning of October 2018

Enabling works to these plots have been completed.
Main construction works will commence on the 11th March 2019.
Piling and foundation works will begin with block G and then progress to block F2 and finally block F1. This will take approximately 9 weeks to complete.

Works are progressing as planned for the block F2 car park.
It is planned that the car park will be handed over for use by the residents in mid March 2019.